December is a Geaux Anywhere Catch Anything Kind of Month 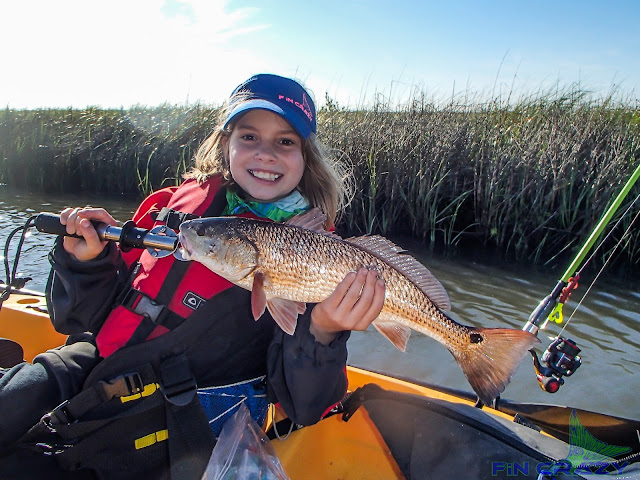 Whether you are new to kayaking or a tenured pro now is the time to be on the water in south Louisiana.  Right now you can choose to make an hour paddle or only 15 minutes and you can be on fish.  The abundance of Bass, Speckled Trout, and Redfish that have been flooding the docks and soft coolers in the backs of kayaks has been amazing.  Anglers that are 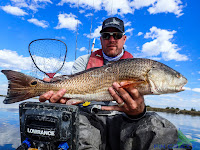 used to catching 10 or so fish per trip are now coming home with limits of multiple species. 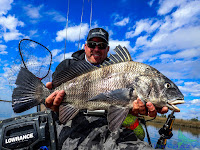 If you’re looking to fill the dinner table with trout, look no further, the fall/winter transition has happened and the marshes are full of keeper size fish.  If you’re looking for larger trout, I’d suggest sticking with artificial lures, slow moving topwaters, slow moving suspending lures, and jigging plastics.  This month I have made a steady comparison between live shrimp under a cork verses artificial lures and time and time again, the artificial lures have won the battle of quality verse quantity.  I can’t exactly explain the rationale behind it, but trip after trip this month, it has happened time and time again.  If you want to fill the bag quickly with keeper sized fish, you just can’t beat live shrimp, but if you’re wanting to upsize you’re catch,

make the switch to plastics.  Lately I have been able to find schools of 14 to 15 inch trout fishing live shrimp under a cork, and then in the middle 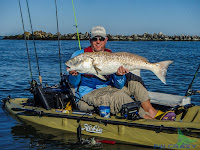 of the frenzy I would throw out a topwater/suspending lure or a Matrix Shad under a cork and 7 out of 10 times I would bring in trout in the upper size length of the school  and up to 21 inches.  This is obviously not a scientific study and has only been confirmed by myself and clients, but the results have been duplicated weekly.
Within range of most kayakers, trout and reds have been found in high numbers from Little Lake all the way to Lake Lery.  Clean and moving water has been a constant find when drifting over the trout.  If you want to run to Lery, the western side has been producing

better than the eastern shore.  If hitting Little Lake, start your search around the island right as you enter the lake on the left side and don’t ignore the mouth of Little Lake near the rocks.  I have found most trout aren’t sitting on the bank, and while it’s natural to want to work lures in the direction of a shoreline, shake things up some and work away from the bank.  This time of year I try to make it a habit of looking for trout away from the bank and reds towards the bank. 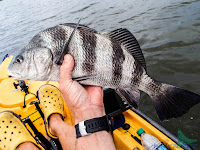 No matter where you decide to take you’re adventures, do your best to find current lines and clean water.  Now, clean water doesn’t mean crystal clear, it means water that is the cleanest of the surrounding areas.   Another option that has been producing well is the mouths of main canals that enter into larger major canals.  With high waters lately, the marshes are draining into one canal which is then being drained into a deeper major canal, and that’s where the fish have been sitting, both trout and reds.
The bridges near the north shore are still not on fire yet, there are some 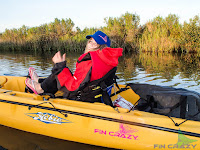 good fish holding there, but the bite tends to stop after daylight, but if you are looking for 4 to 6 big trout, it’s a great option if you’re chasing some trophy fish; it’s only going to get better as the temps continue to drop.
Shell beach has been producing a lot of fish lately, working the points of Lake Borgne to the drains coming in to the MRGO, trout, reds, and some bass have been spread out throughout the area.  You may not find them stacked up in one spot, but if you put in the work you can definitely fill the fryer.

Hopedale Lagoon is always a winter time hotspot for the kayaking community and this winter is no different.  If you like to jig, work the banks for reds, or troll this is an area you have to learn.  There are some points that are covered in oyster shells were the lagoon meets with Ameda, and also directly across the lagoon.  An easy way to learn where the shells are is to troll.  With a quarter or eighth ounce jig head and paddle tail thrown out behind you, keep your kayak at a speed of 1.8 to 2.1 MPH and in time you will come across some trout.  As you land the first fish, you can either choose to troll back over the same area time and time again, or you can turn around and get back to where that strike happened using a jig head and paddle tail and its highly likely there is a small pile of shells that the trout were sitting on, u should feel the shells during the jigging process.  If you can find it, it’s likely you can pull 5 or 6 by jigging and then move on to trolling again in search of another shell pile or school waiting to inhale your lure. 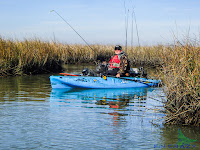 Always remember to where your PFD and dress accordingly, even if the air temp is a nice 75 degrees, the water this month is getting colder with every front that passes and the last thing you want is to have a 2 mile paddle home while soaked in freezing wet clothes.


Good luck and until next time,

Posted by Unknown at 5:15 AM No comments: