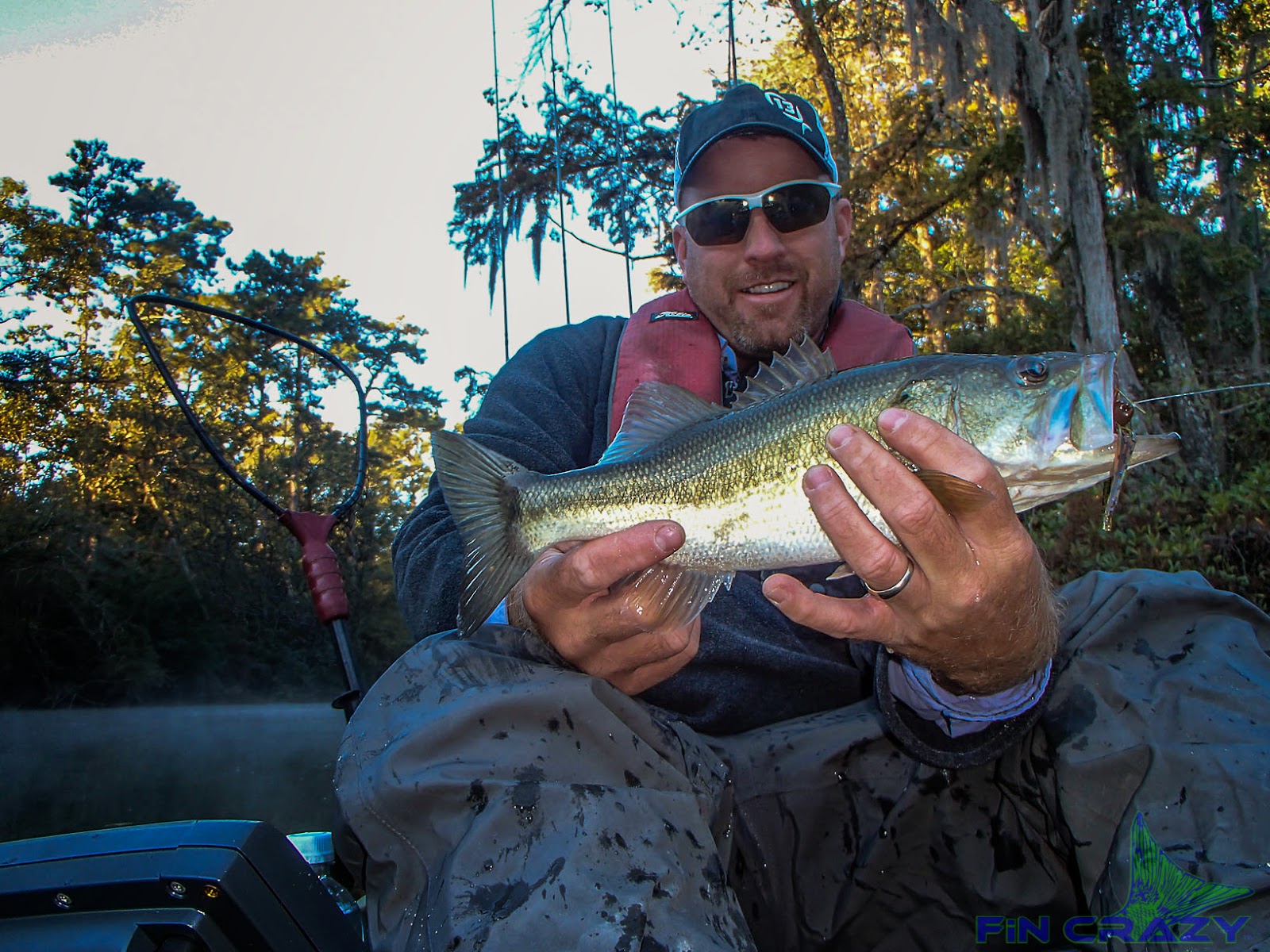 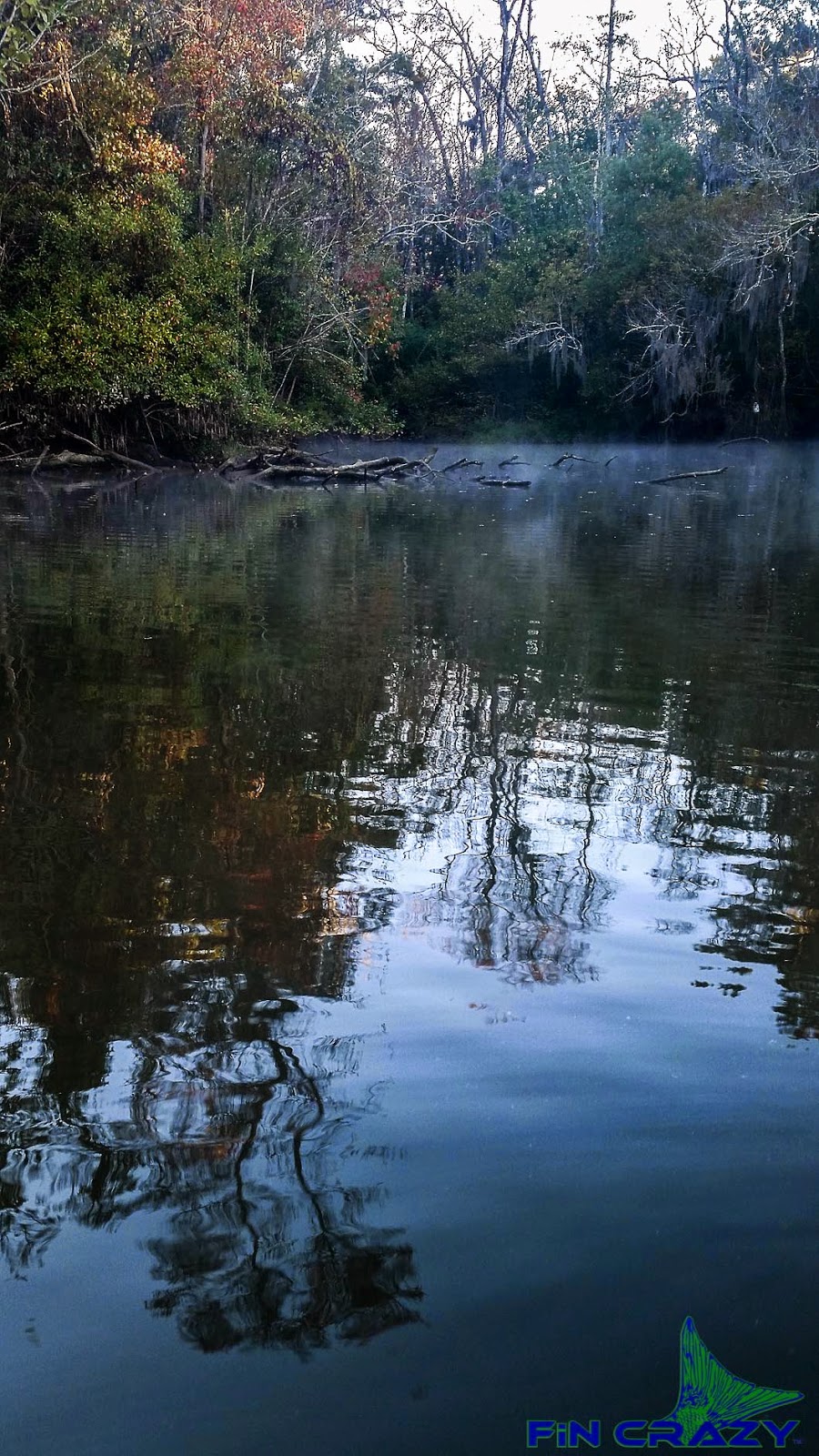 As Auburn pulled out a win by the skin of their teeth. and the bulldogs intercepted the razorbacks with 10 seconds left in the game to continue their national ranking of #1, I was pretty excited when my head hit the pillow.  I had no plans for the next day, and I knew I was going to gain an hour of sleep according to the clock man.  But somehow, some way, I woke up at 5 a.m., which was actually 4am, and after failing in my attempts to go back to sleep I decided to get up and do something. 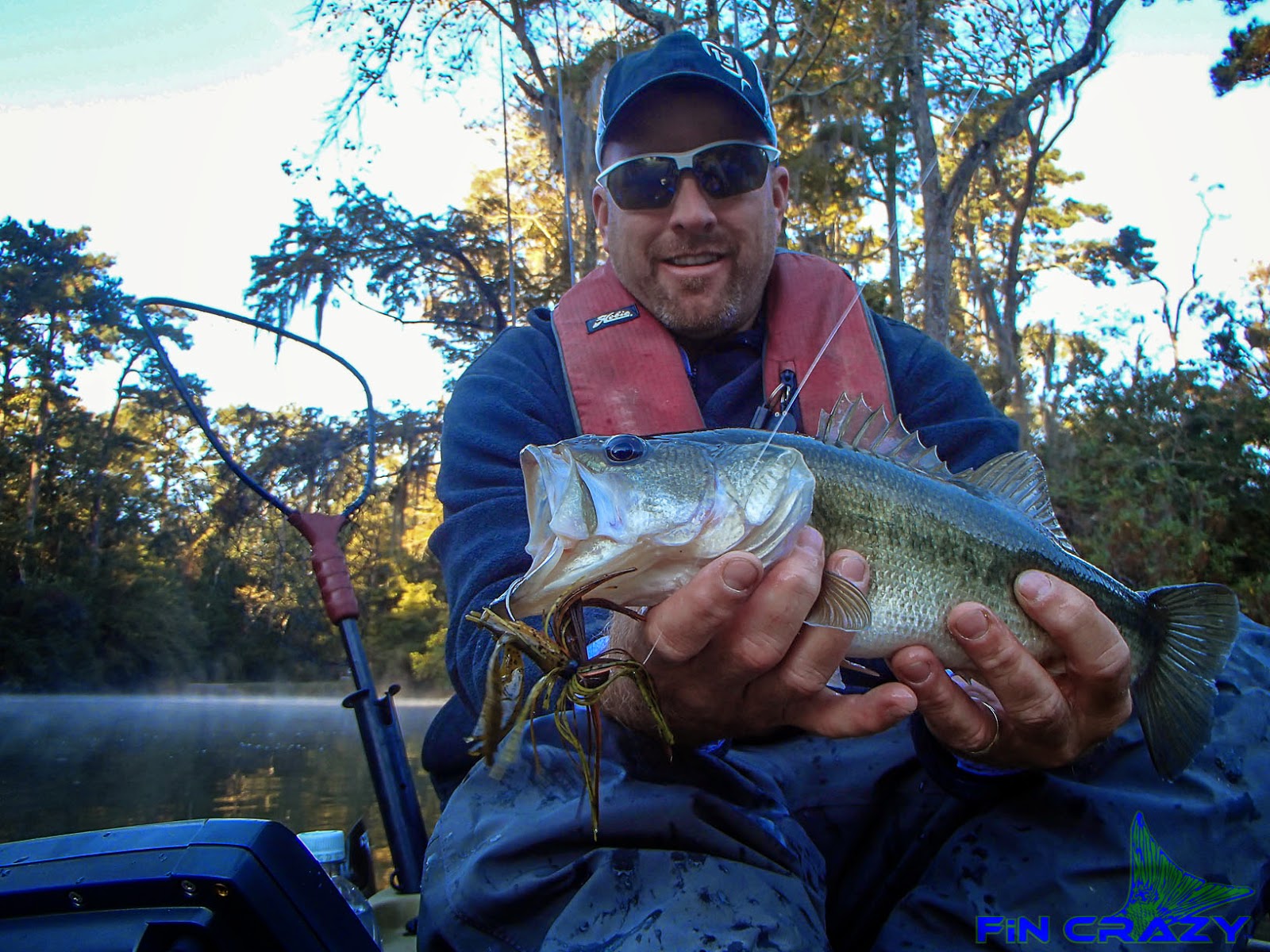 When I walked outside, everything was covered in frost, it's the first I have seen this year and the temp was 39 degrees.  I was excited to say the least, so I wondered into the garage and began riggings some poles.  I figured I had to run by my dads today, so why not stop and fish a little before I got there.  With that in mind, I loaded up my gear, slid the Outback in the back of the truck, kissed my wife goodbye and headed out. 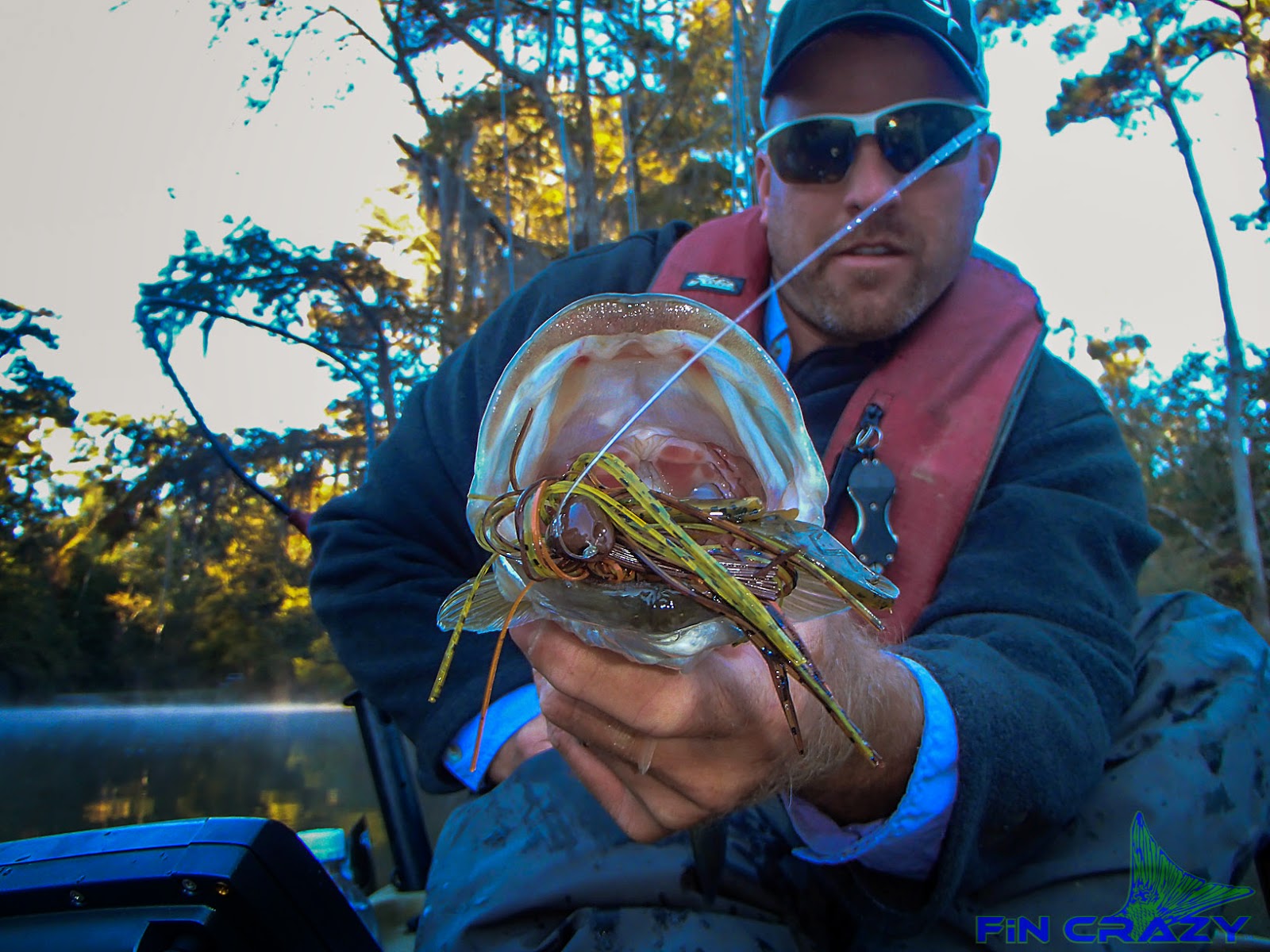 It was the longest drive ever, a solid 8-9 minutes away before I reached my destination, pretty neat to be able to fish so close to the house.  When I reached my launch location on the upper end of the Little Tchefuncte river, I couldn't help but think about all the time I had spent in the area growing up.  My parents still live on the river, where I was raised, and this is what I would consider my "true" stomping grounds.
With the air in the 30's and the water temp at 63 degrees, there was an awesome foggy smoke rising from the water.  The sun was shining through the cypress trees and creating rays of light as it penetrated the fog.  There was no wind and no clouds, not really what I would call the perfect bass fishing atmosphere, but at this point, it was more about getting back to basics and living in my younger years.

As I crossed the water, I was glued to my Lowrance. As a kid, I didn't have any technology on my flat boat and I had to figure everything out by losing lures on sunken tree tops and blow downs.  I immediately crossed over what looked like a tree that came out of the Swiss Family Robinson book.  There was no way I was going to leave the water, until I pulled at least one bass from that tree top, but right now I wanted to work some cypress knees and flats that I knew were lying along the edge of a 16-25' channel in places.
Believe it or not, my third cast with my favorite Jig & Craw, by Bad Boy Jigs, yielded me a 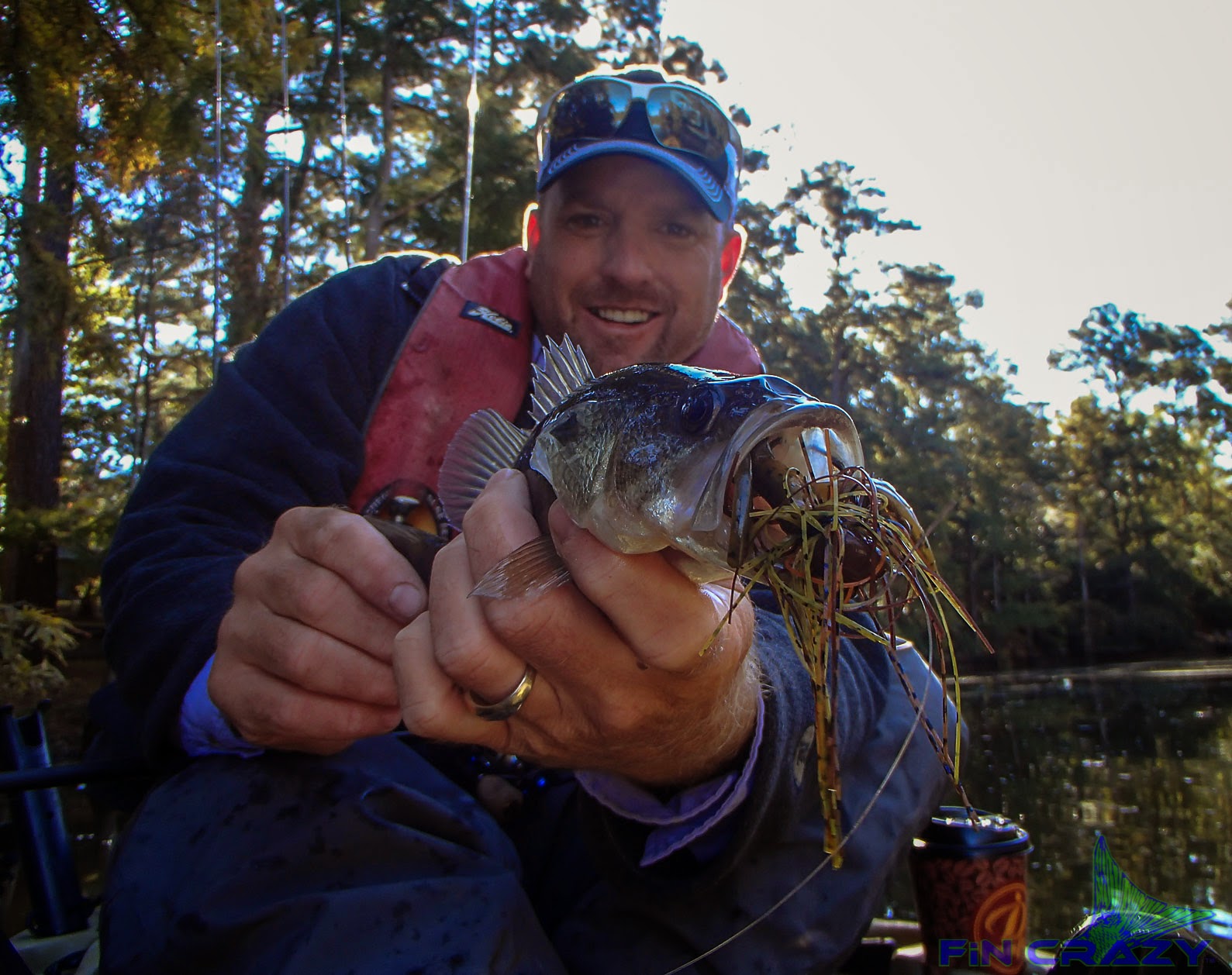 beautiful Tchefuncte bass. Now, I have fished the Tchefuncte river more times than I have put fuel in a car, and I guarantee you, it's no easy place to fish, and it sure isn't a place where you catch anything on your third cast, but today was a special day. 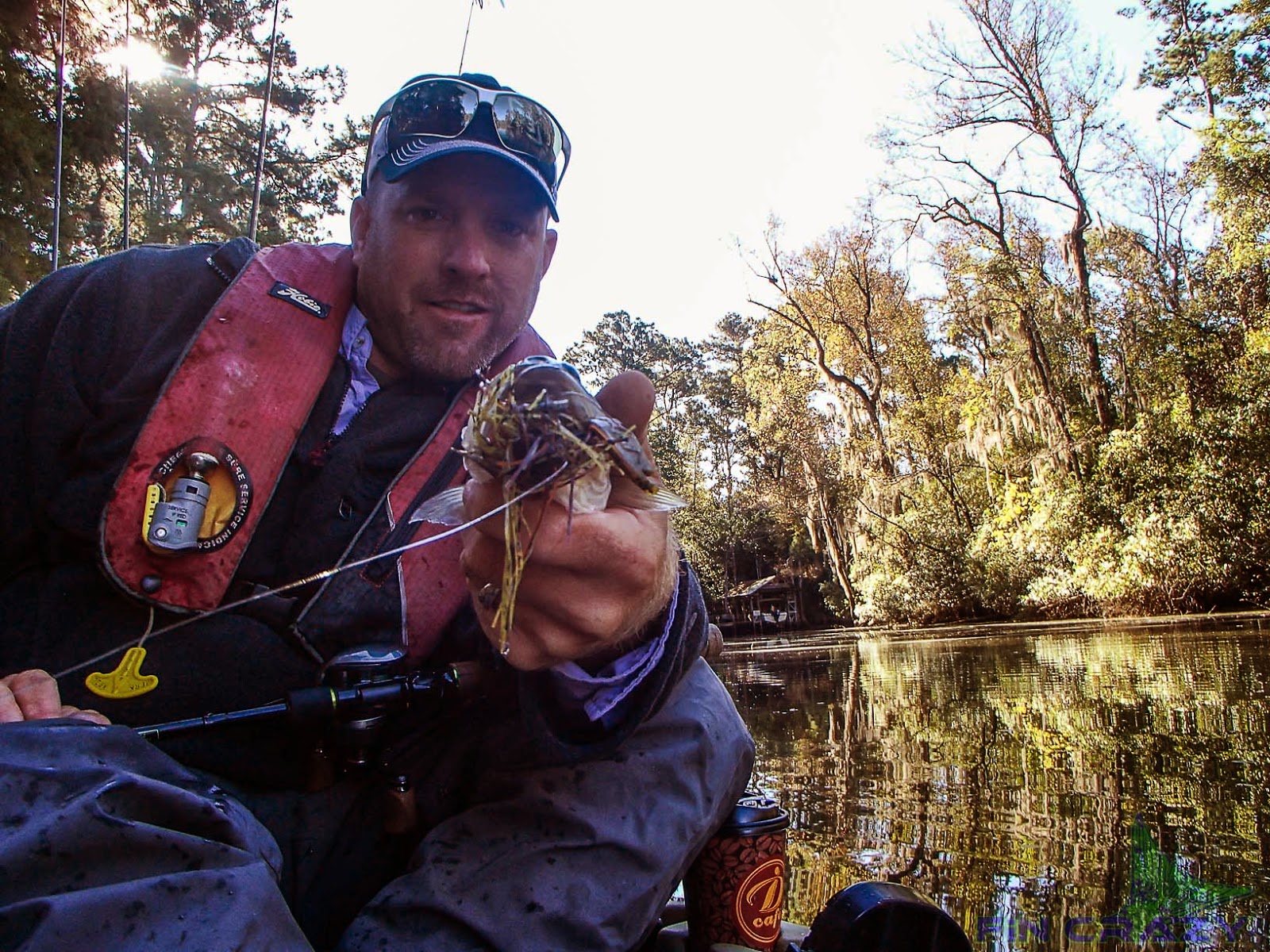 From there I moved down river to a canal known as Horseshoe Bayou.  Eventually I found a pattern where the bass were holding tight to structure, and only in water around 4-5' deep.  If you didn't slide your jig down the edge of the tree or stump, they weren't going for it.  I had one instance where my placement was off, on one cypress tree particularly.  I sat 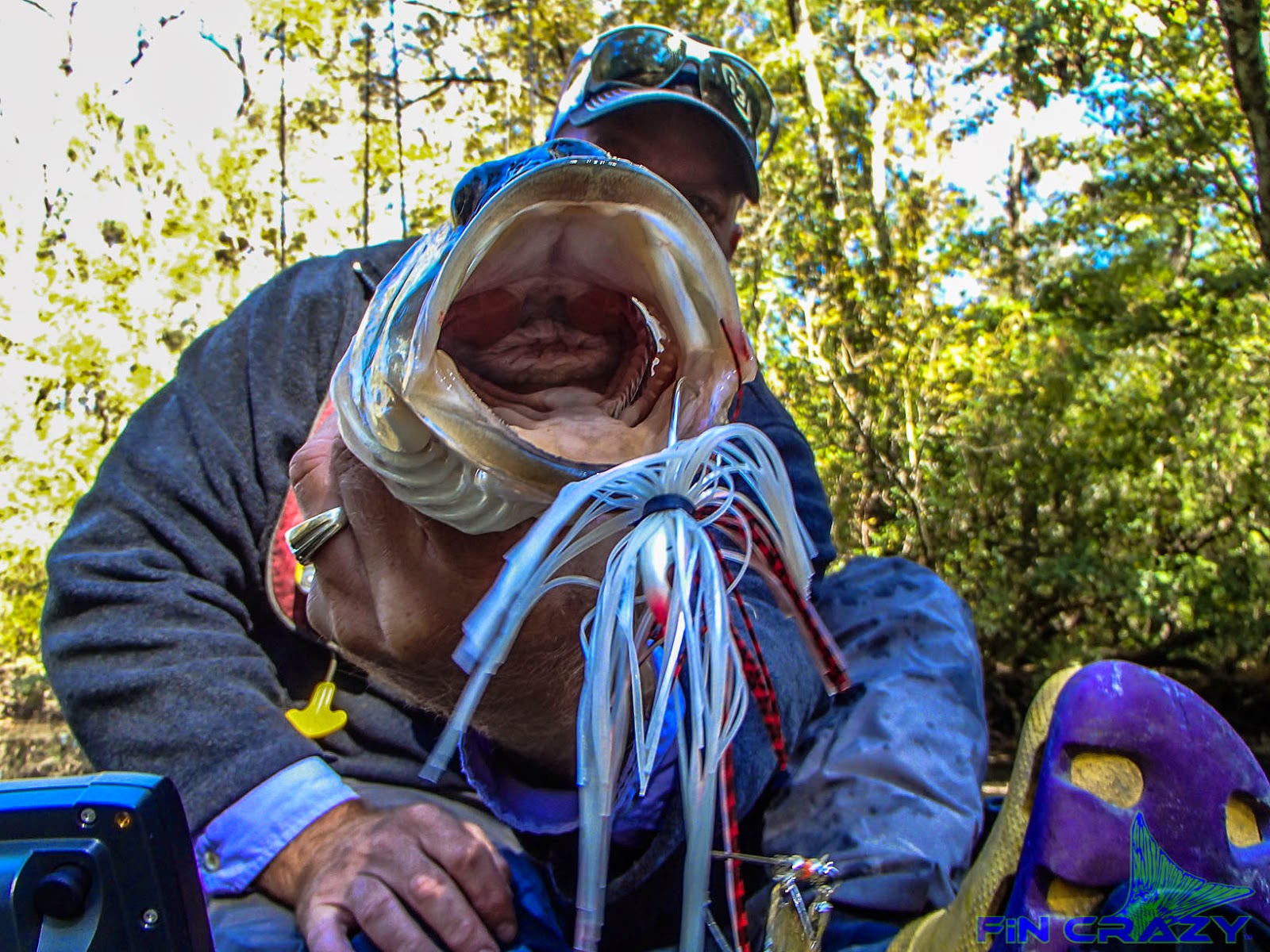 my lure 2 feet to the left, then 2 feet right, then two feet short, and when I finally stood up and flipped it into the trees bark and let is slowly slide along the tree as it fell, a bass destroyed it.  This pattern stayed around for a while until the sun finally broke the trees. 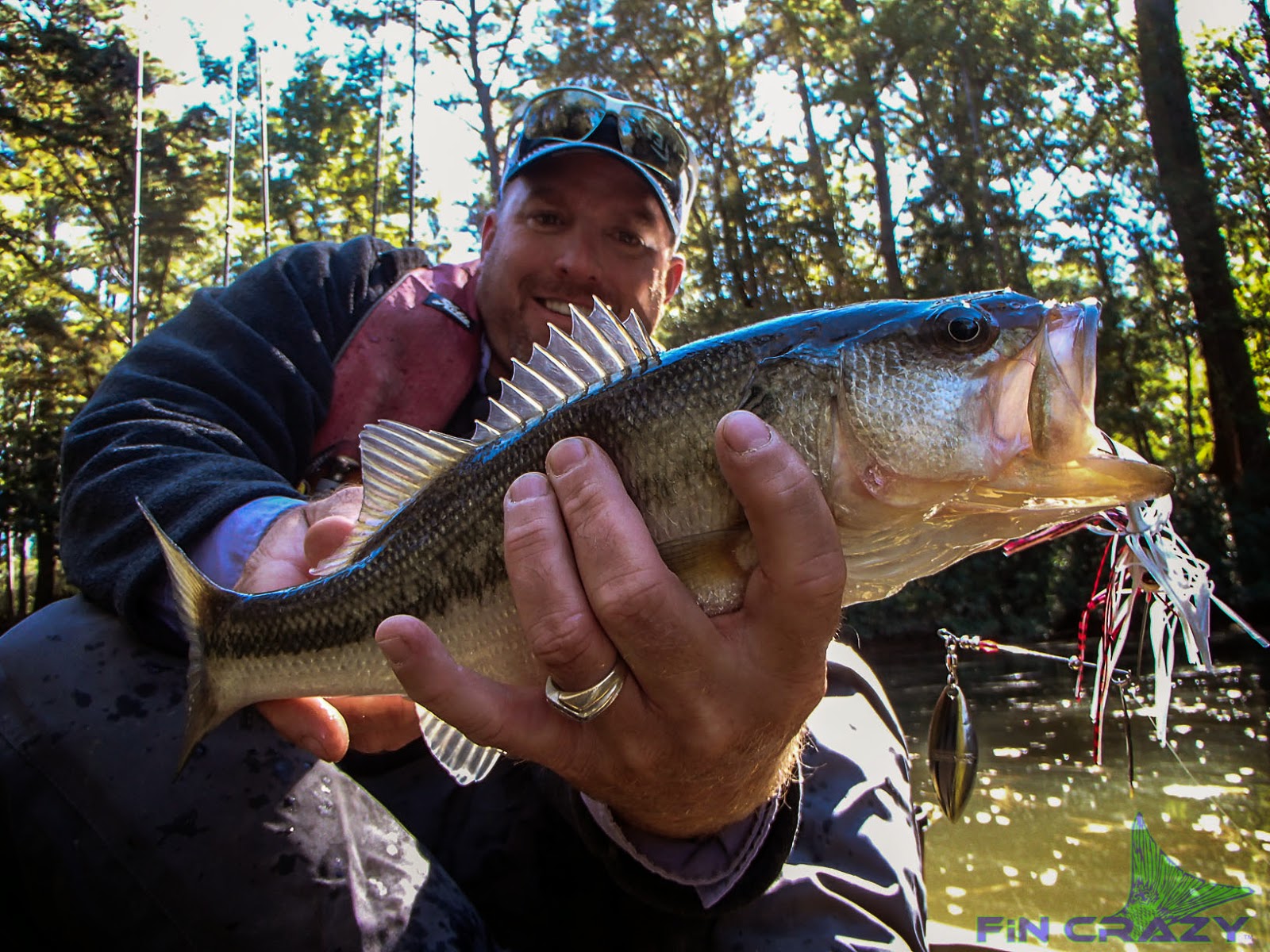 At this point I moved on to the spinner bait, and the only strikes I had was when I slow rolled the lure around a tree and made the blades thump the trees bark as it rolled around it, and as soon as it cleared the tree, I would make one 2 foot fast pull, and then let the spinner drop, and three fish almost back to back to back, hammered it this way. 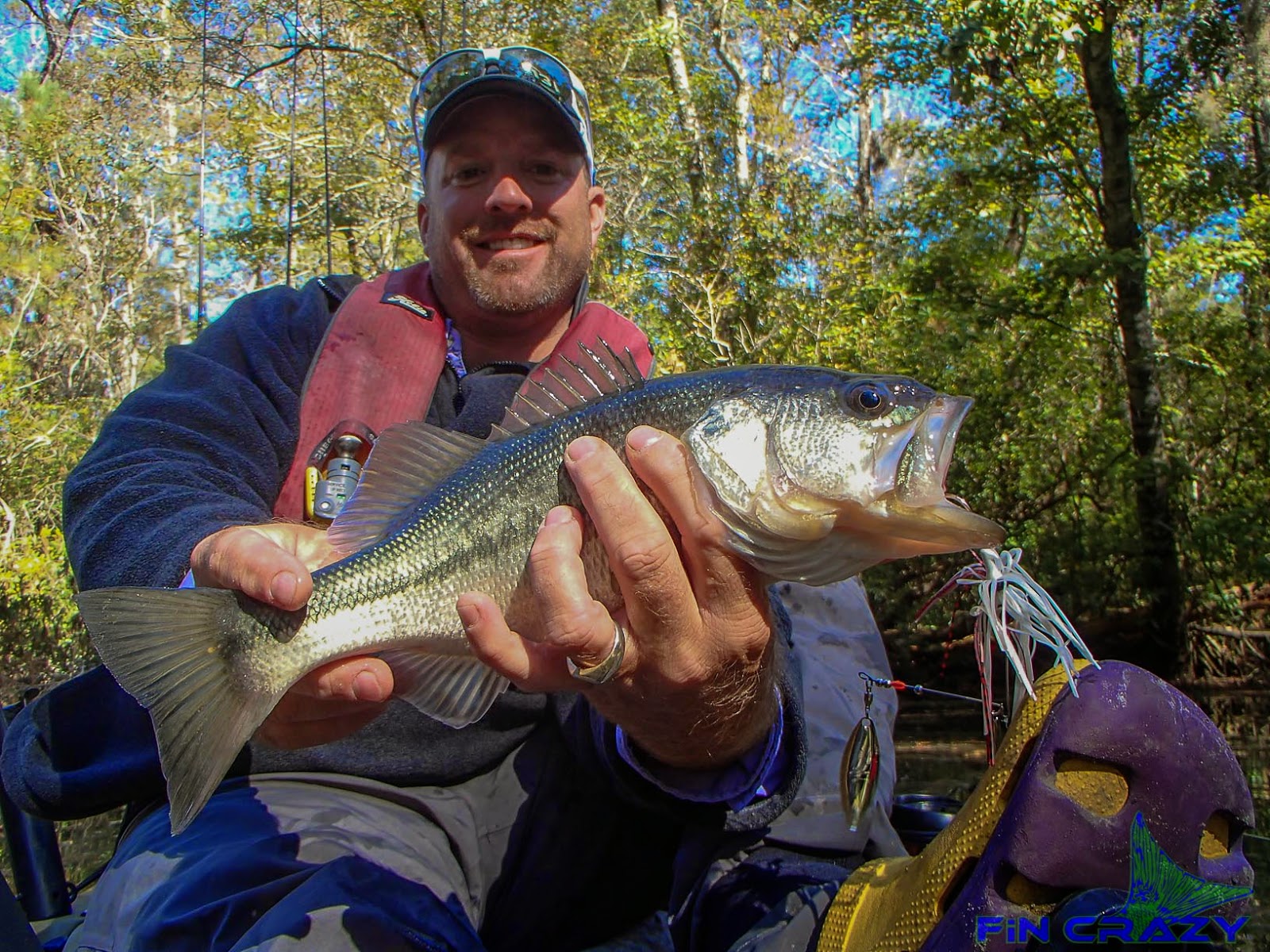 I have now been on the water less than two hours and I wanted to make it back home for noon, and I still had to pass by my dads house, so with that in mind, I grabbed my Live Target crank bait and began my short journey back to the truck.  On the way back, I paralleled the ledges along the deep drops.  Each ledge had 5-15 feet of flat along it that stretched from the drop off back to the bank.  As I ran the crank bank down the flat and off the ledge, the bass were destroying it as soon as the lure broke free from digging up mud on the flat and dove quickly down to the abyss.  The fish were 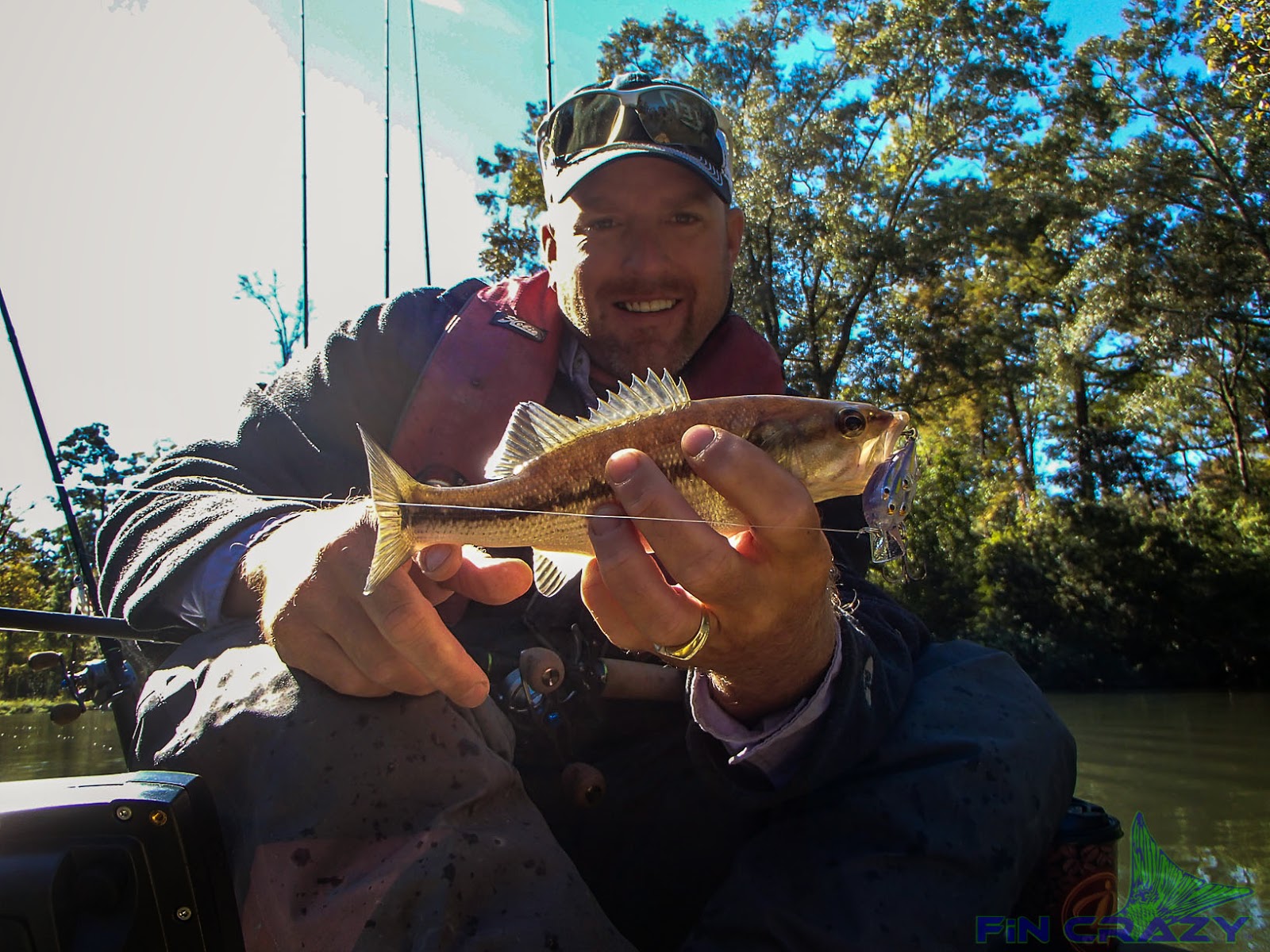 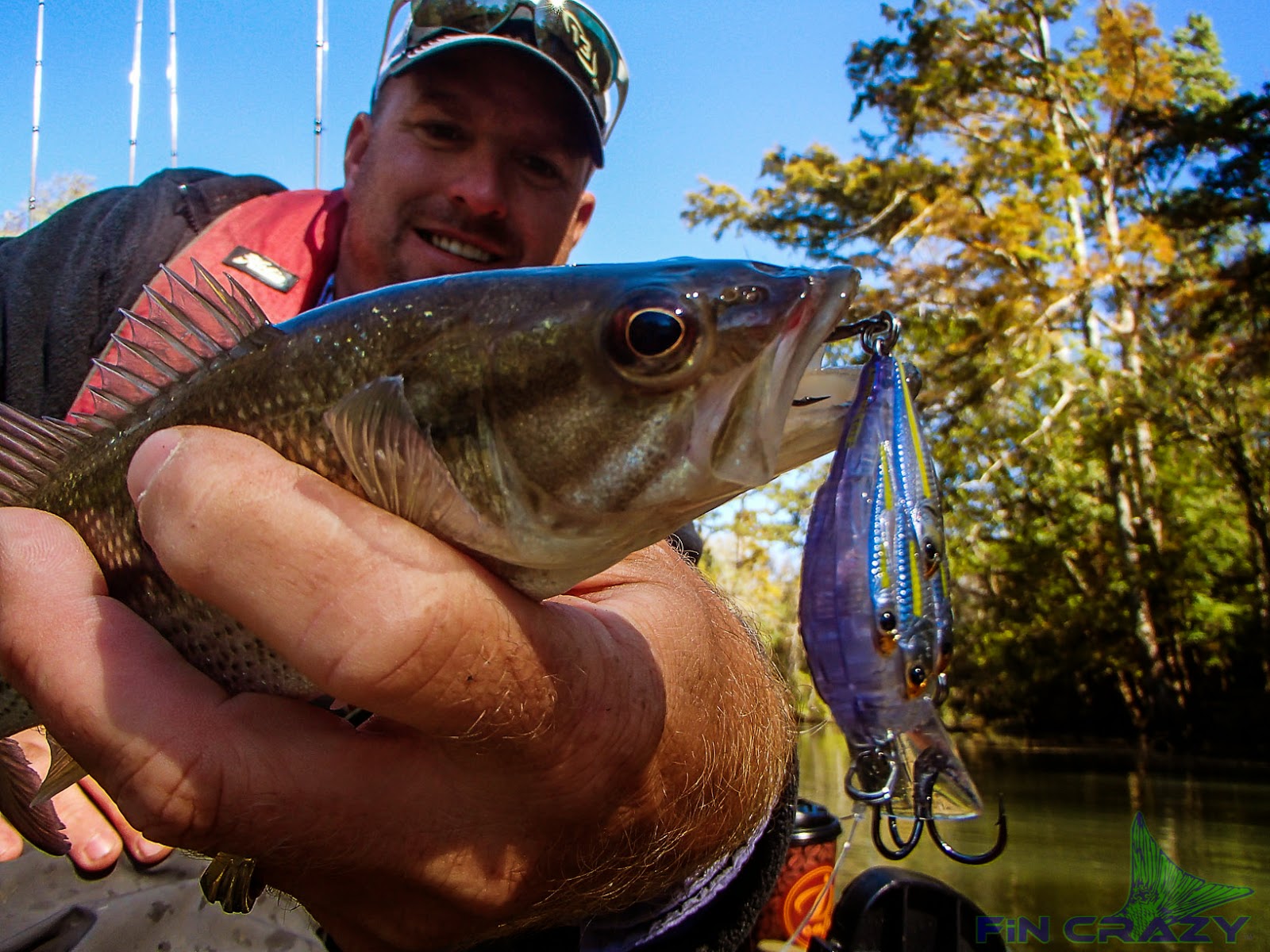 After a few bass on the Live Target, I had to make a move back to my Swiss Family Robinson tree.  As I got there I made a drift over it again, and prepared my strategy, I grab the jig & craw, and dropped it right in the tree top.  Pulled it over two limbs, and on the third drop a nice little Kentucky bass was hooked up.  After the release, I moved to the other side of the tree that was sitting in 12 feet of water, and did the same thing, except this time, as I pulled the jig over one limb, another Kentucky hammered it.  At this point I felt like I was sitting on a school of fish, but

unfortunately I had to go. 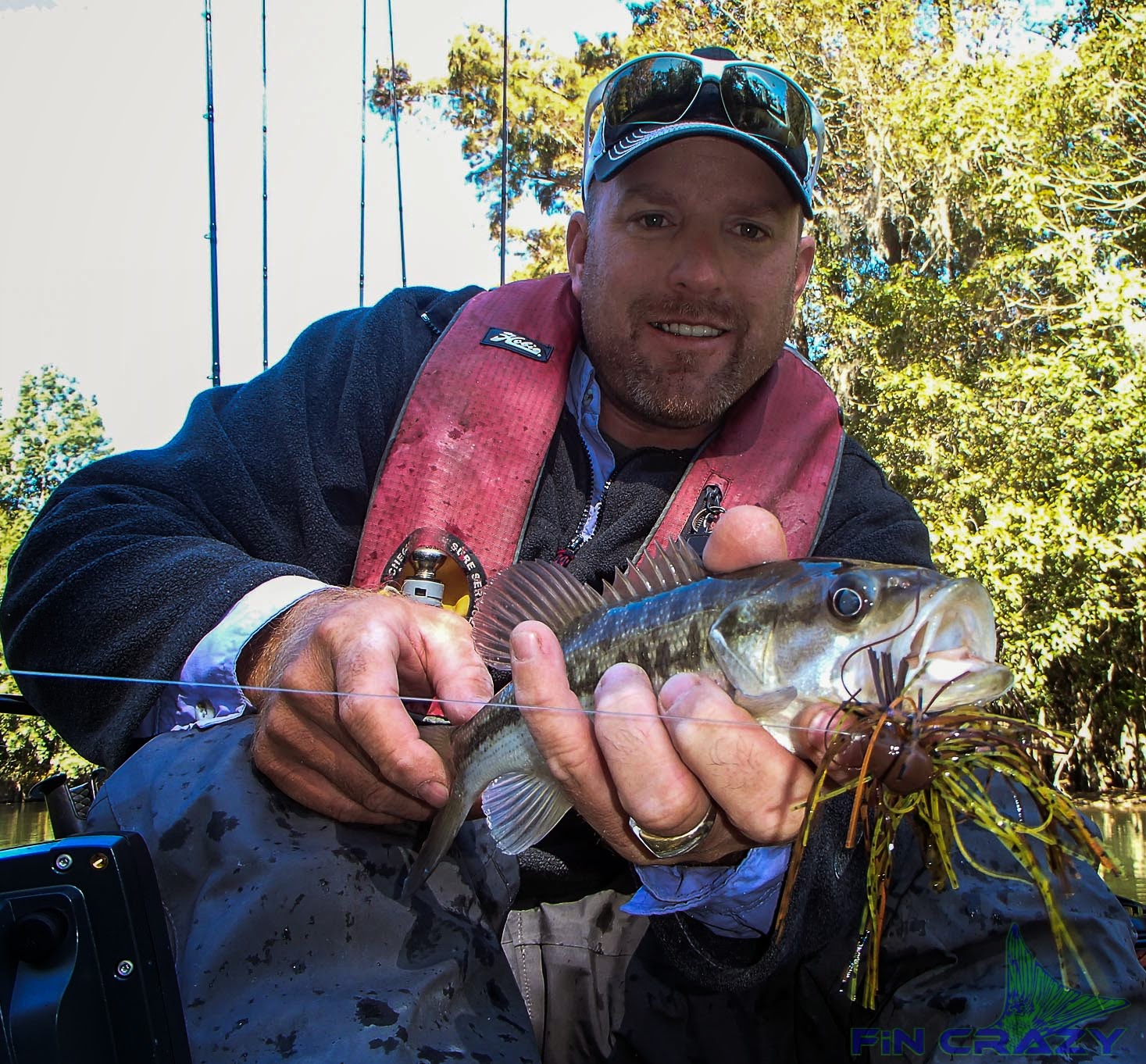 I ended the morning with less than 3 hours on the water and 9 bass landed.  To say the least, it was a very successful unplanned day, and I can promise you that I will be spending more time in the coming months working the creeks and channels of the Tchefuncte and getting back to the basics of fishing. 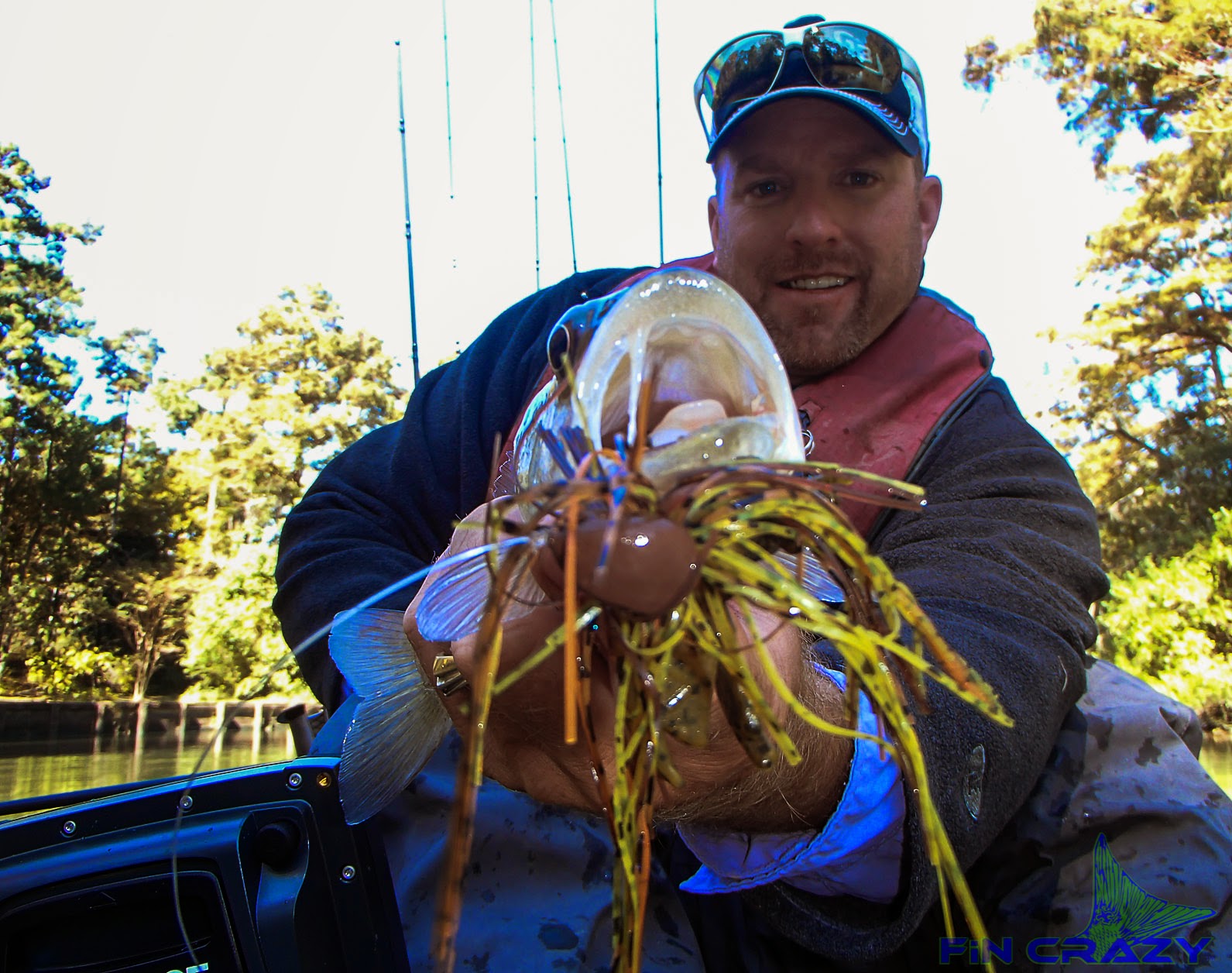 I have spent thousands of miles on the road this year chasing fish of many different species, but nothing brings you back like playing in your back yard.  Todays trip was almost spiritual, as the sun rose, the fog lifted, and the moss began to blow in the wind, the fish were finicky in their ways, but when you served it up like they wanted, they attacked it with fury.  Every fish this morning reminded me of a childhood trip, I could remember trees and points where I had landed fish before, cypress knees that we used to have trot lines tied too, the trees where the snakes used to fall from, and the overhangs you avoided because there was always a giant wasp nest there waiting on you.
If you haven't been on the Tchefuncte river lately, you may want to visit it, it's one of the only places around here, that I know of, where everything is still the same as it was almost 40 years ago.