When plagued with rain, wind, and muddy waters, open up the history book 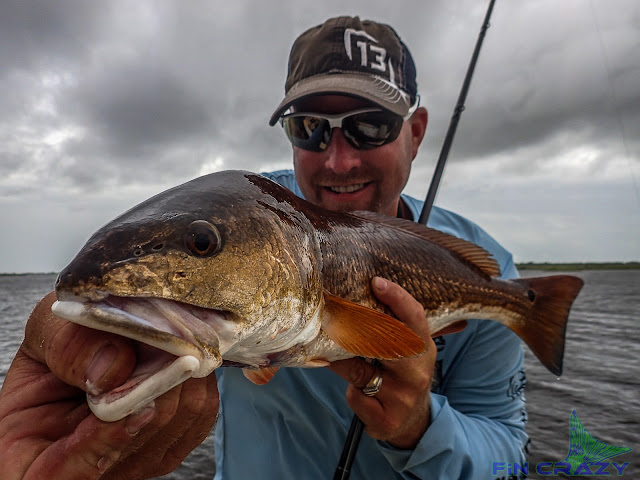 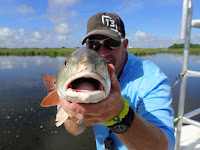 Fishing in south Louisiana is well known for the phrase that lines most of our local license plates, "Sportsman's Paradise", due to the many species that lie within our coast lines, from quail to deer, Tarpon to Tuna and Speckled Trout to Largemouth Bass, there is an abundance of game that people travel thousands of miles to experience.  But recently, we have been under an aerial attack of constant rainfall mixed with high winds and muddy water. And while many parts of the Louisiana coast have continued to produce great numbers of specs and reds both inshore and off, you have to really pick your days wisely and most of all safely. 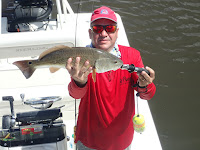 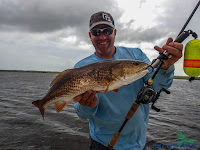 Over the past several weeks I have been following schools of redfish throughout the marshes of Delacroix, La.  And while it usually seems easy to just launch your boat or kayak and begin catching reds within minutes, this past weekend was a completely different story. 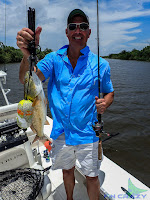 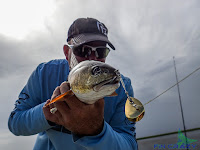 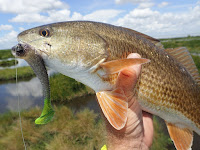 Most recently, I have spent my time within a 10 mile radius of my launch location, and every day I ventured out I was able to quickly get on some good action.  Clear and shallow water site fishing around vegetation that was matted up on the surface, like a field of 3 day old cut hay, seemed to be the ticket.  The thick grass was keeping the water filtered and it was almost like fishing in an aquarium.  There were many times where the fish weren't tailing above the water, but with the clarity being what it was, we could see the fish in pods up to 50 to 70 yards away glowing in the sunlight.  It was weeks of nonstop action, and easy numbers for clients.  Sometimes we would go just half a day and easily see over 100 redfish. 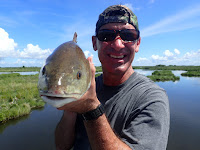 And then just when you began thinking you hung the moon, a 25 mph south east wind blows in and shakes it all up.  On one day the water levels were normal and the next they were two feet higher, all the grass matts were now below the waters surface, the 12 inches of water we were catching them in was now 3 feet deep, and what seemed like an army of redfish the day before, quickly turned into a popular hunting ground that was cleaned out by a forest fire.  There wasn't a redfish to be found for miles. 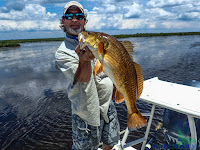 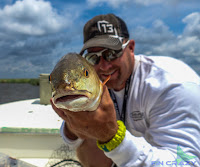 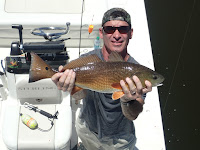 After about 5 stops in the normal hot spots and only landing a few specs and bass where the reds were supposed to be.  We finally decided to make a move to deeper water.  It wasn't deep to most, but when you have been fishing 10 inches to 3 feet all day, moving into a fast moving canal with a point on it and a drop off from 3 feet to 11 feet, that's what we consider deep.  We ended what started out as an extremely slow and frustrating day with a box full of redfish in less than an hour.  Now, the question is why?  Why did these fish move 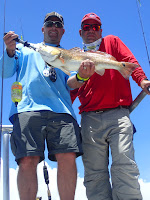 out of the shallows?  All of the bait in the world had been blown up and into where the fish were the day before, but on this day with water levels were two feet higher and they were all gone. 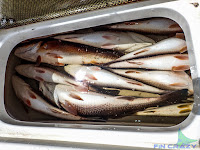 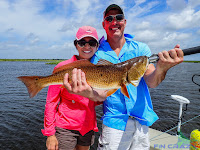 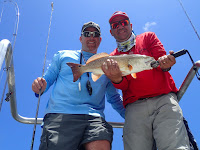 Now, it's never uncommon for fish to move on a daily basis, and staying ahead of that pattern is what really separates the consistent anglers from the not so consistent ones.  We have all fished with people that swear by an area, because last time they fished it they caught a million fish, but when you show up with them you catch nothing, and they give that dumbfounded face followed by, "I don't know what happened, they were here last time???" 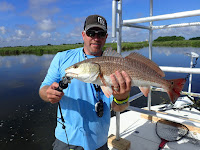 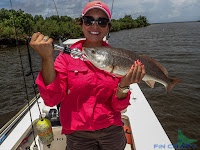 This is a great opportunity for a teaching lesson, nothing major, just the simple things like: what time of year was it, what were the conditions, falling tide or rising tide, south wind or north wind, before a front or after a front?  These are just some simple questions that you need to ask yourself before venturing off to ones honey hole, or better yet your own honey hole.  Get a journal(or what I refer to as "the history book"), record the

same information time and time again, and within a year, you will already have a good idea of what to expect next year.
Redfish and trout, along with hundreds of other species,  can be very predictable if you understand and follow the patterns.  Keep an eye out on the forums and local fishing magazines, document where the reports are coming from and pin them on a map.  Over time, you will notice that year in and year out the same patterns and transitions begin to arise.  Sometimes they may be a week or three ahead of or behind schedule, while other times they may be spot on.  If you take the time to read books, like Trout Masters for example, you can learn a lot about the habits of fish, and more important than learning their habits, is learning what causes those habits.  Knowing this will keep you ahead of the fish and following their transition before they even make it, like spawning salinity, when do they spawn, where do they spawn, where do they hold before a spawn, the forage hatch, is it shrimp or pogies this month, big shrimp or small shrimp, what does a north or south wind do to certain areas in terms of clarity, salinity, and temperature.  It may take a little homework, but if you document it as you live it, you will always have it as a quick reference, and the next time your buddy says, "lets go hit my honey hole," you can quickly respond with a few questions or possible suggestions that could make your day on the water a lot more enjoyable.

https://www.youtube.com/watch?v=066UnyffFQw
Posted by Unknown at 1:47 PM No comments: