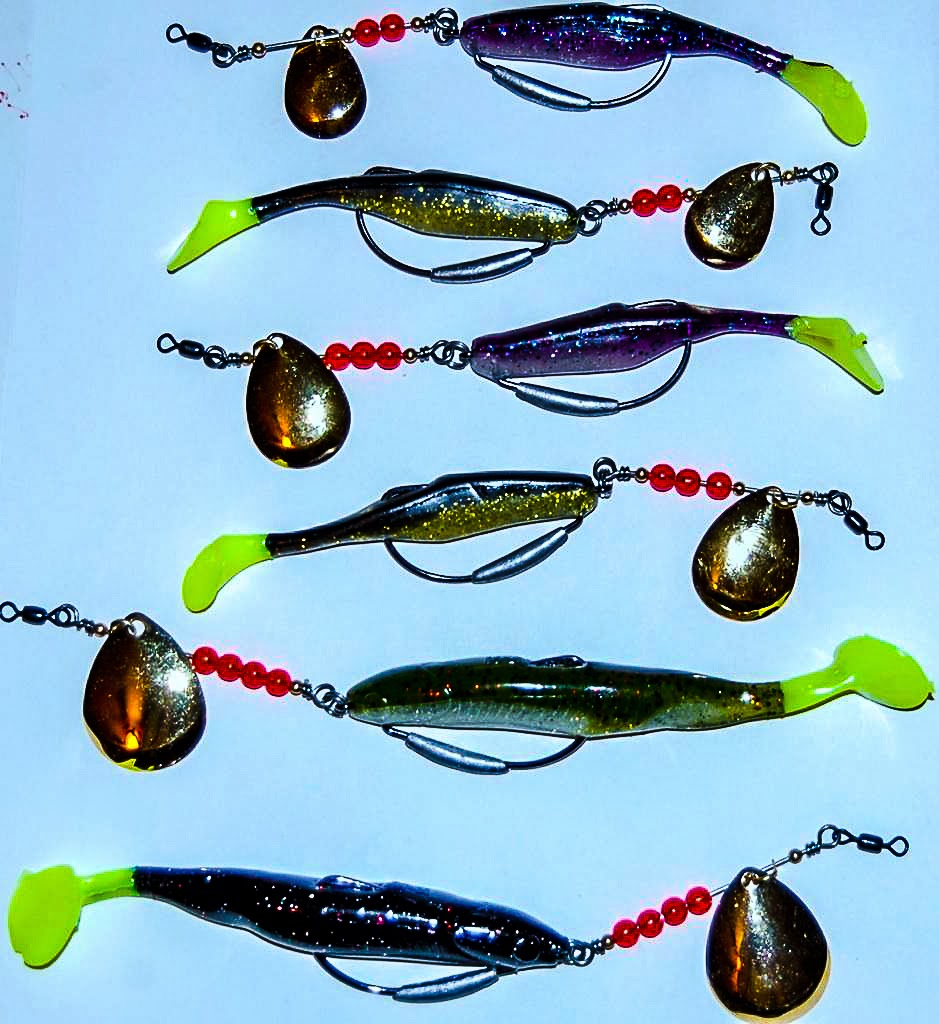 Several weeks ago a friend of mine, known as Wingman, gave me a couple of odd looking spinner baits and said, “you have to try these out, they are made local and man do they catch fish.”  As I quickly investigated the lure I noticed right away it was an inline spinner, and my first thoughts were twisted line and re-spooling here I come, and with those thoughts, I opted to set the lures aside and eventually forget about them.


A few weeks later I had the privilege of meeting Kevin Doss at the IFA Kayak Championship in Houma, La, co-owner of Seein Spots Lures - the makers of my now forgotten “wingman” lure, and he explained to me all the intricacies that went into the development of their inline spinner and why quality components put together the “Seein Spots” way produces a straight running, non-twisting inline spinner. After explaining to Kevin where my lures were resting, in my trucks console and not in my tackle box, I promised him I would take the lure to the water and put it to the test. 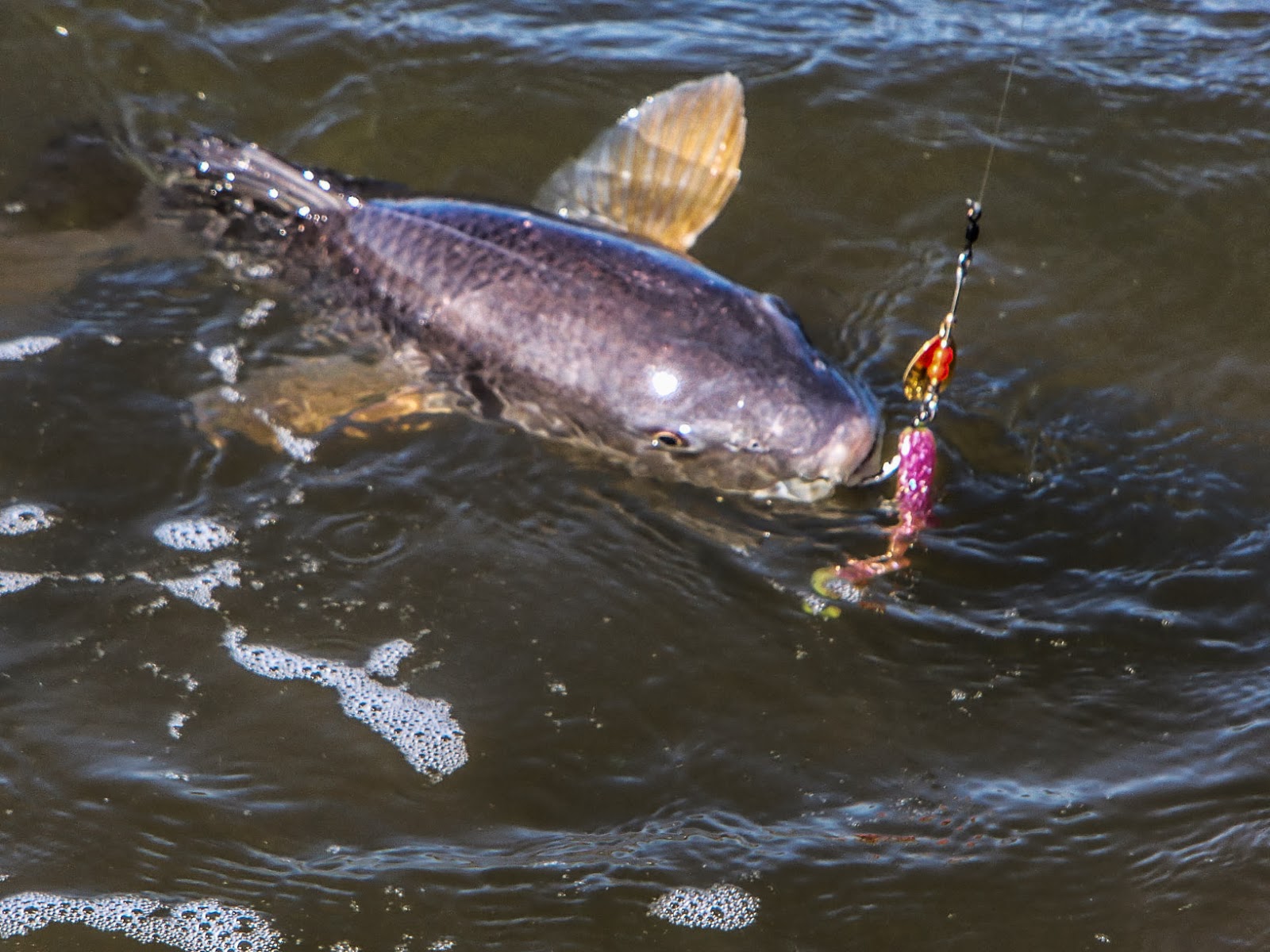 Over the next two weeks, I was thoroughly impressed with the results of this in-line weedless, spinner bait. The first thing I noticed was that the retrieve resulted in a smooth direct run back to the end of my rod, you could feel the solid thump of the #4 Regal Deep Cup Gold Blades rolling around the shaft of the lure.  Next I noticed that the lure didn’t appear to be turning over at all, the plastics that I installed Texas style on the rig resulted in a straight up and down tail all the way in with zero twist of the lure resulting in a zero twist on my 12 lbs monofilament. Then came the real test, grass and oyster beds in the waters surrounding Delacroix, and it turns out when the 4/0 weighted Falcon Lure Super Braid hook is rigged Texas Style/weedless, the lure bounces over oyster shells and glides across grass beds with the slightest resistance and the spinner thumps its way all the way back to the boat flawlessly. 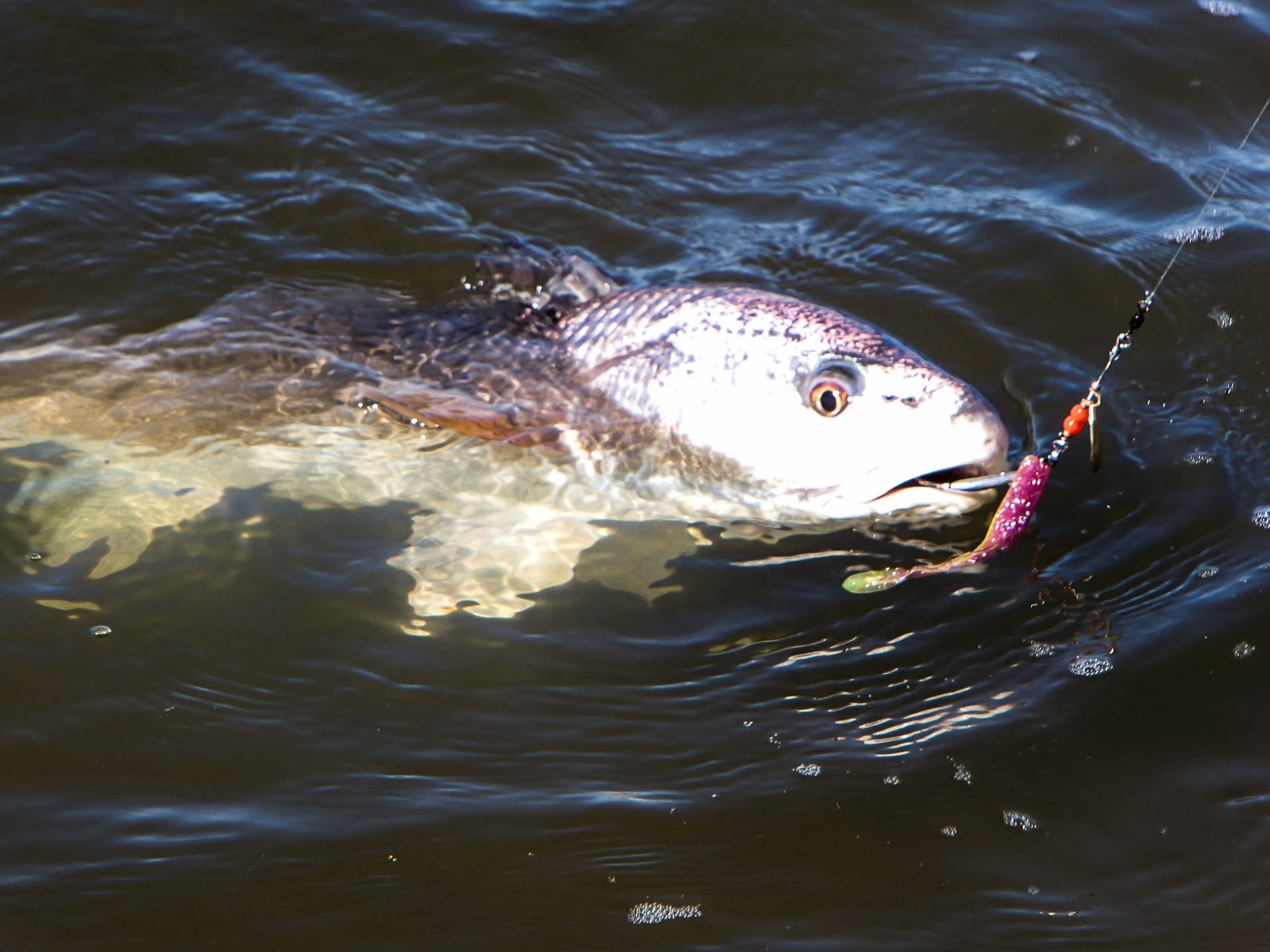 So now I have looked at how the Seein Spots inline spinner retrieves, how it runs, how it avoids snags on oyster beds, and how it glides over and through grass beds with ease, but who really cares about what a lure is capable of doing if it doesn’t catch fish.  Truth be told, Wingman was right, this lure catches fish.  Over the testing period, I landed slot reds, rat reds, 3 bull reds, several speckled trout, a 3 foot gar, sheepshead, puppy drum and my favorite….largemouth bass, I even jigged it for crappie in the Tchefuncte river and had some success, all on one inline set up with alternating plastics.  The Seein Spots inline set up can accompany any plastic tailed style lure and continue to run straight and not twists, and that alone should make it appealing for all anglers, I used Berkley Gulp curly tails, Deadly Dudley’s, Matrix Shad, Bass Assassin, and H&H Cocohoes with them all performing as expected.  Having a spinner that I can drop in front of a redfish and know it’s not going to get hung up when I stop it on the bottom to jig and it’s not going to cause a weakening twists in my line, has me keeping this lure on one my rods at all times. 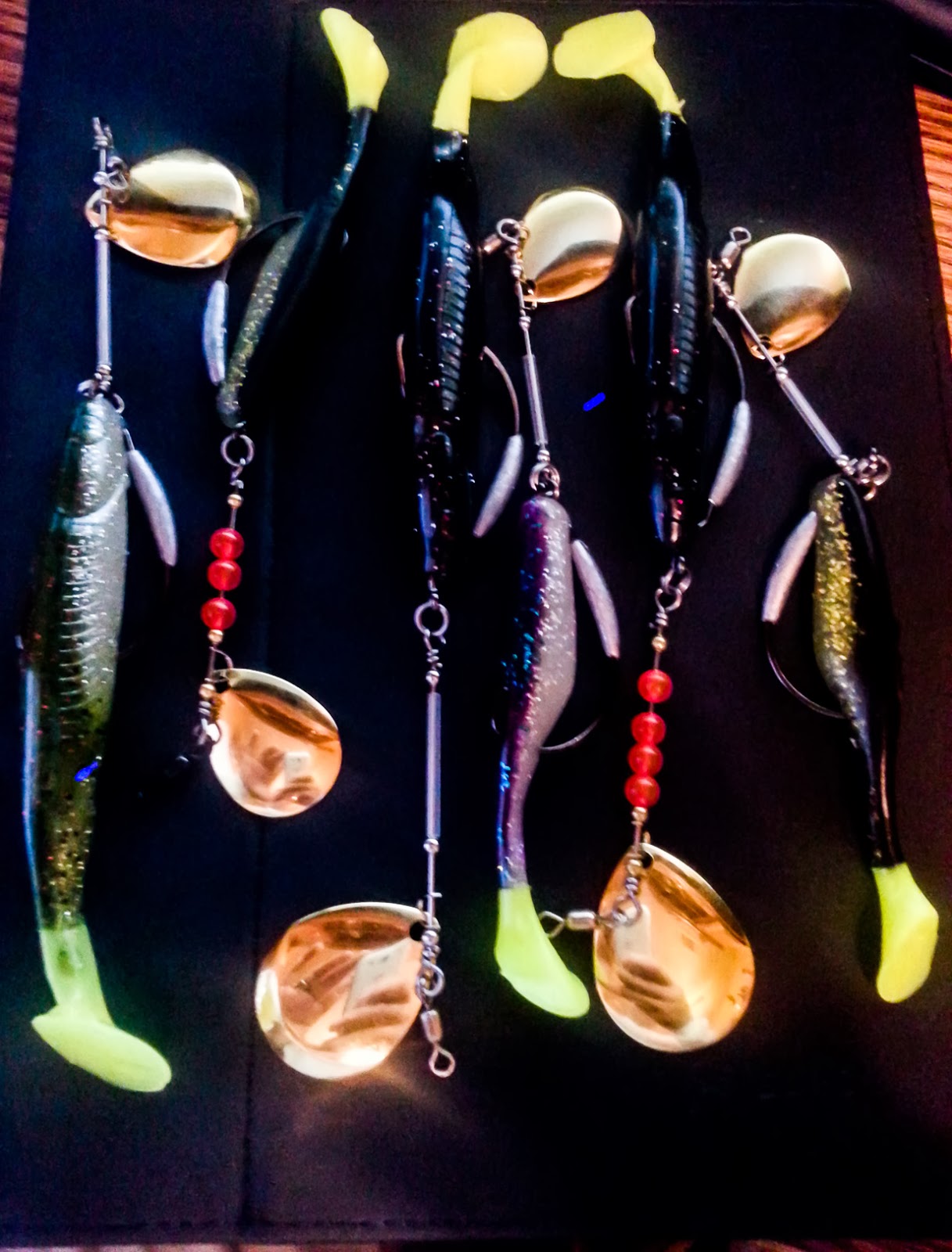 Seein Spots Lures come in 3 sizes, the Mini is a #3 blade, The Standard a #4 blade and the Magnum a #5 blade. The Mini and the Standard come with a 4/0 hook and the Magnum with a 5/0 hook. I tested the standard set up as I am a fan of the forever proven #4 blade, and if you’re wondering about cost, well hang on to your hats, because every option they sell is under $6.00, and in the fishing world of lures today, that’s an impressive price for the performance you are going to get. I have talked with anglers and guides from Texas to Florida that have had the same results that I achieved with this lure, I’m confident that given the chance you will see, this ain’t your grandpaws inline spinner. 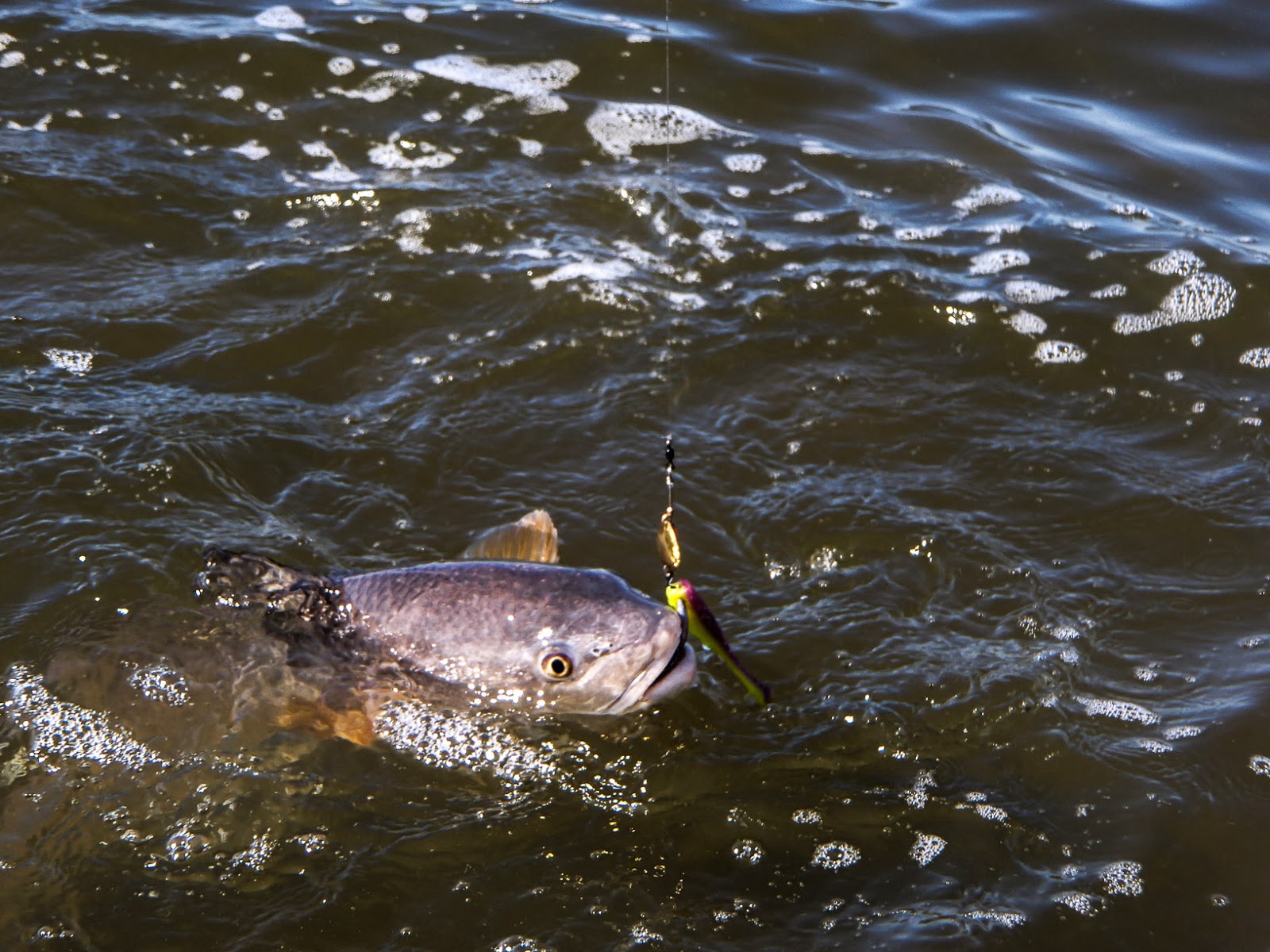 Seein Spots Lures is a local company out of Houma, Louisiana, owned by John Duplantis and Kevin Doss.  You can contact them at


seeinspotslures@gmail.com, or check them out on Face Book at https://www.facebook.com/seein.spots.