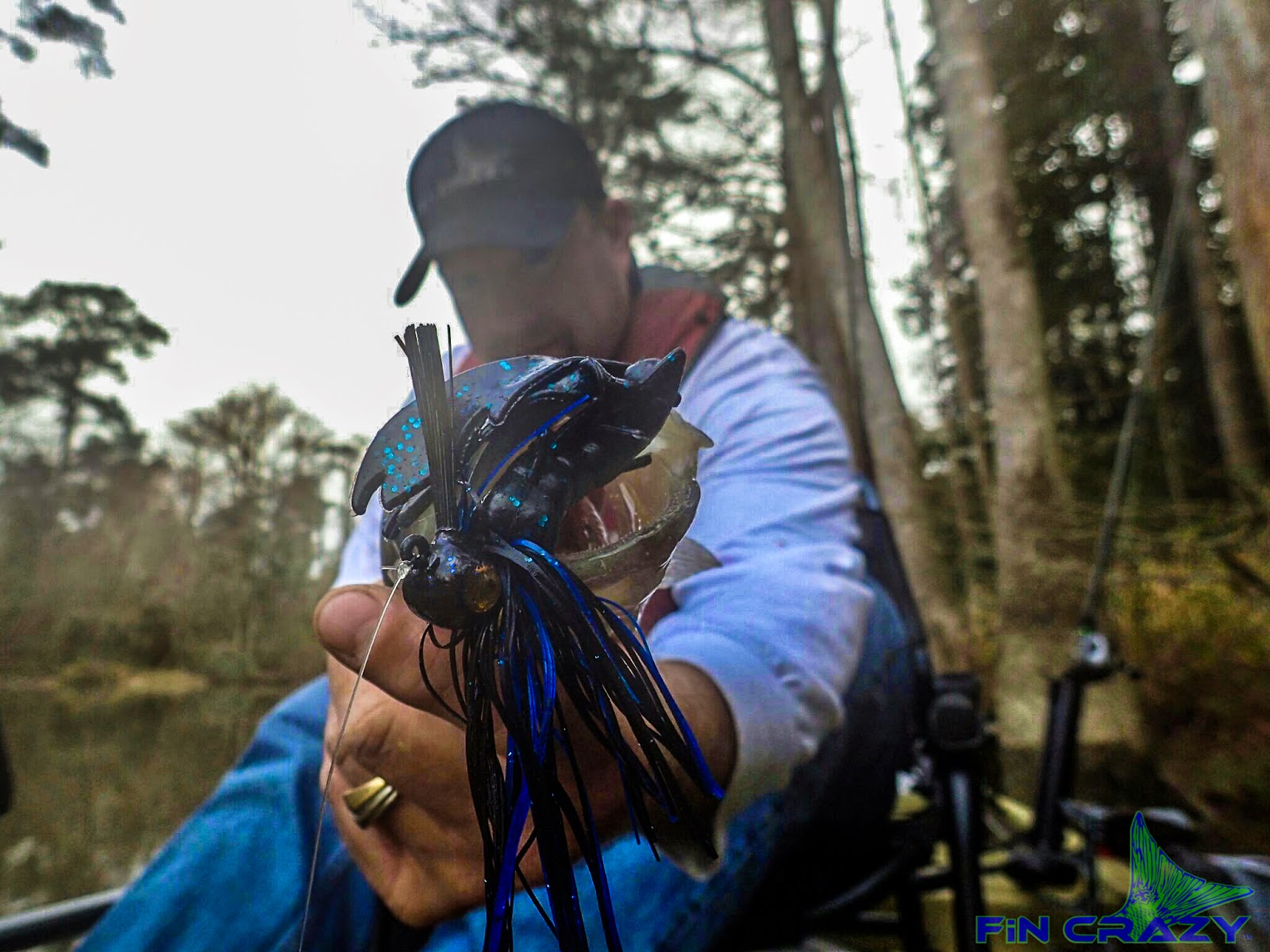 Over the years I have worked hard to maintain a competitive edge in whatever is I am doing.  Whether it's producing sales for work, losing weight to beat out father time, or just competing in the outdoor industry, I always attempt to stay on top of my game.  I have always tried to maintain my own equipment, tried to

understand the equipment that others are using, read as much as I could, and find out what others are reading.  When it comes to fishing, I don't think there will ever be anyone out there that knows it all, I know there are a lot that know a little about everything and then there are those that know a lot about few things.  I like to classify myself in the latter, I have worked hard, read a lot, failed a lot, and succeeded a lot when it comes to competing in the fishing world. And this year, I have chosen to take a path that will only strengthen my skills, abilities, and knowledge, but refocusing my efforts in the freshwater world.

After a few freshwater tournaments, it didn't take me long to realize that I was going to be carrying a lot more gear than I did in saltwater and making the move from  the Hobie Outback to the Hobie PA 14 was going to be a necessity if I was going to battle mother nature offshore in the 180,000 acre lakes that were in my plans for the future, on top of the addition of the Power Pole Micro Anchor for shallow water anchoring while chasing spawning bass on flats, I also knew it was time to step up my electronics.

I have been looking at the Lowrance HDS system for several years now, and besides being on the upper end of an expensive conversation, The previous HDS packages required a head unit, two transducers, and another modem style unit that would go below the deck.  Well having anything below my deck made me nervous, so for years I have only drooled and dreamed, that is, until this year.  Lowrance recently released their new HDS Generation 3 units that have everything needed for Chirp technology, Down scan imaging, and Side Structure Scan.  With the release of the new unit and no need for a below deck modem, I knew this year was the year to take the plunge.

Friday evening I picked my Hobie up from the Back Packer of Baton Rouge, my Lowrance HDS Gen3 from Cabelas, and had a Micro Power Pole from previously winning an IFA event.  When I made it home it was all I could do to unload everything and get to rigging.

I started with the Power Pole, which was an extremely simple installation with only one hole drilled for the wire, which will eventually be eliminated with their expected rechargeable plug and play battery to be released this spring.  After the Power Pole, I moved onto the transducer installation.  With the Lowrance Ready pocket below the Hobie, the first transducer install was a breeze, and the second transducer, the one for side structure scan, turned out to be fairly simple too.  I was able to mount a swing arm to the new octagon style rail that Hobie has created for their 2015 models without any work at all.  Hobie makes a RAM ball that attaches to the new Hobie Rail with the simple click of a lever.  From their I drilled one hole for the wire to make its way to the front of the yak where the head unit was installed.

After everything was mounted and water ready, it was time to hit the water.
I took just over an hour this morning on the water to get acclimated with the unit, I spent more time working through the different pages and overlays than I did fishing.  Learning how to use the side structure scan can take some time getting used too, but once you get it, it's AMAZING.  To be able to see brush piles, blow downs, boat docks, and fish over 100 feet to the left and right of you is absolutely mind blowing.  I discovered things under water today that I would have never imagined were there, I even landed two bass on the new Rockport Rattler Football Head Jig that I saw on the screen suspended over a structure prior to even picking the rod up.

I actually sent a picture in a text to someone to show them the clarity of the unit, and the fish that I could see, next cast, I actually landed one of those fish.  It was an eye opening experience.  When you see something under water to your left or right, just touch the image on the screen and it will actually tell you how far away the image is from you and how deep.  I even tested it around structure like docks that I could actually see so I could confirm the relation to what I could visually see verses what I was seeing on the screen and it was spot on.

While 99.9% of my saltwater fishing has been using the elite series Lowrance units and has served its purpose with amazing images and great contours and depth ranges, I am confident that this HDS Gen 3 unit is going to do for me in freshwater, what DSI did for me in saltwater, just with a lot more clarity, a lot more coverage, and a lot more confidence for what I am looking at.
To me, depth finders are a lot like kayaks, boats, reels, rods, and lures, they all have a place, and you just need to figure out where it fits for your style of fishing.  For instance, when I am in my Hobie Outback fishing the IFA or Paddle Palooza, I will be using my Elite Chirp unit, but when I am traveling the country fishing the KBS and KBF, I will be using the HDS unit. Bass relate more to cover than specs or reds do, and I feel that in order to maintain that technological edge, this unit is priceless for the waters and game I will be using it for.
Let me clarify something, I am no professional by any means and I in no way know everything there is to know about depth finders, but if I can figure out what I am looking at on my first trip out, I am fairly confident that most can do the same.  Another topic is brand, Lowrance, Humminbird, and Raymarine, which one do you get, what's the best one, what's the most cost effective one? Well, just like gear and yaks, they all have their pros and cons, and if I was to share everything I have learned over the years and specifically most recently, this entry could go on for days.  The best thing I can suggest to anyone looking for a depthfinder is figure out

your price range and then add a couple hundred bucks to that, and then most importantly, spend some time with the unit, visit Cabelas and play with the unit in live mode and demo mode, and visit them 20 times if you need too, and finally get the unit you are interested in on the water.  Find some people that have what you are interested in and tag along with them, have them walk you through the steps, screens, and ease of use and figure out if it's exactly what its cracked up to be. YouTube is another invaluable tool, there are so many demonstrations on different units on YouTube you could sit there and watch for hours, heck I even popped one up while I was out on the water today.  These units do more than I will likely ever need, but it's nice to have those options available if I ever step up my game again.  Most of all, every unit out there by a reputable company is a good unit, they show more detail today than we ever dreamed about 10 years ago and I am confident that the technology is going to continue to progress for years to come. I hope that this is helpful for anyone in the market for some underwater technology.
Images were taken with my phone, so I apologize for the graininess, I also blew some of them up so they were easily viewable.

Until Next Time,
Stay Safe & Catch1