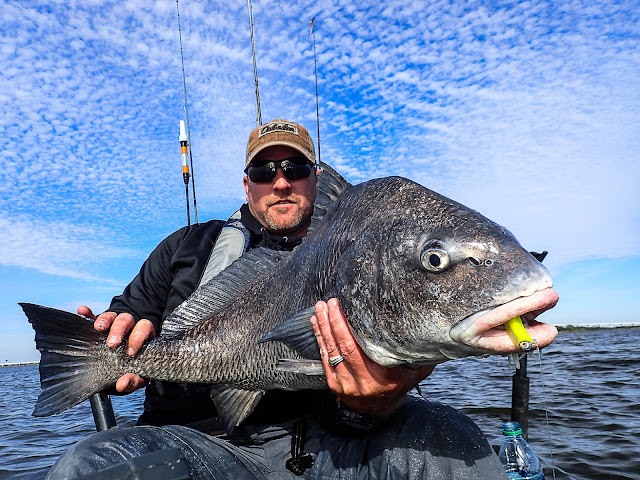 This year’s Minimalist Challenge, put on by Bayou Coast Kayak Fishing Club, turned out to be one for the record books.  With a record amount of anglers, a record amount of weight at the scales, and a record sell out time, anglers from all over Louisiana showed up at the public launch in Leeville to take part in what some call, the best little tournament of the year. 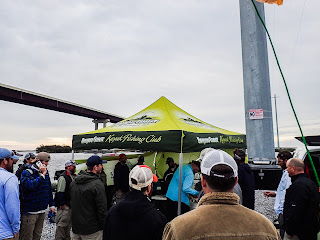 The Minimalist Challenge is exactly what its name portrays; anglers show up with nothing but their rods, reels, and kayaks and then are given the lures they are allowed to use.  This year anglers received a topwater, by MirrOlure, and 5 soft plastics and jig heads by Matrix Shad, which according to every angler I spoke with, is the best combination of lures the tournament has ever had.
As 125 anglers sat floating in the holding area awaiting the blast off horn, the breeze slowed, hats came off, and the voices silenced as Bill Crawford began to speak.  Bill, also known as Revredfish, said a prayer to guide us all in our endeavors, to bless the fleet, and most all to recognize the passing of Capt. Kristen Wray.  Kristen was a pioneer to the sport of kayak fishing in and around the Grand Isle area.  Kristen and her husband Danny operated Calmwater Charters and were known to many as the founders and operators of the famed Ride the Bull kayak fishing tournament.  Kristen was instrumental in developing, growing, and educating many about the sport of kayak fishing in and around Grand Isle.  While Kristen lost the battle with cancer her memory will continue to live on.  At last year’s Ride the Bull tournament a kayak only launch was dedicated in the name of Kristen and Danny Wray, so the next time you venture down to Ludwig lane on Grand Isle to launch your yak in search of that catch of a lifetime, think about Kristen and all she’s done to aid in the welcoming of the yak community, because I know she will be looking down upon all of us in our little plastic boats. 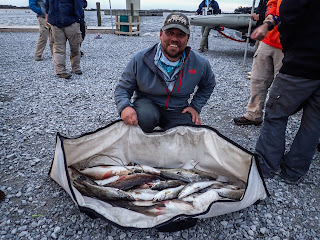 As the prayer ended and the horn blew, all you could see were little white lights moving in stealth throughout the marsh and down the main channels.  For the first time ever it seemed that the weather gods had shined down among the participants, the weather was perfect, cool, light winds, good tidal range, and perfect water conditions.  I knew the results were going to be ground breaking.
As I pedaled my Hobie back toward the launch, I could already see 50 plus people standing in line with weigh bags and ice chest.  This was a scene I haven’t seen in at least 4 years in the tournament.  Usually the winds are horrible, the water is low, and weight numbers for this event aren’t always good, and rarely ever great, but today was a new day, and based on the line, there were a lot of fish that were going to be hitting the scales.
I talked with many anglers, some had beautiful reds and couldn’t find trout, some had limits of beautiful trout and couldn’t find reds, and then there was a handful of those that found the gold under the rainbow and were standing in line holding 5 fat red fish and 25 nice trout.  Now keep in mind that’s 30 keeper fish and likely another 20 to 30 throw back fish that didn’t make the cut, all caught on only 6 lures, talk about some plastics that can hold up to a challenge. 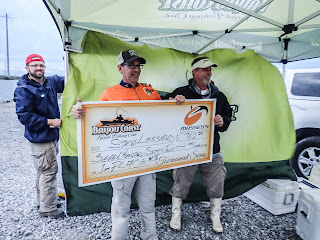 After hours of fish being weighed the results were finally in and only ounces separated the first and second place finish, and with a total 125 anglers and a total weight of over 1200 lbs. of fish, it’s easy to say that this is the most successful Minimalist Challenge to ever hit the books. Both first and second place had weights broke the 42 lbs mark, and second place only had 4 reds, but he did have a pile of heavy trout.  As tired as everyone was from a full day of fishing, I have to recognize the tournament director and weigh master, they both fished the event, they both caught fish, and they both worked tirelessly for nearly 3 hours at the scales measuring and weighing every fish that came in.  Without commitment and volunteerism like those that run the Bayou Coast Club, there is no way these events would be possible. Thank you guys!
I can’t help but think about the passing of Capt. Kristen as I put this piece together.  I have stayed many nights over the years with Kristen and Danny at their home in Grand Isle talking about strategies, locations, family and life in general and I have to believe that with years of foul weather for this particular event, that Kristen, likely sitting in a yak upstairs in the sky, had something to do with the perfect conditions that fell upon us that day. You will be missed by many, but forgotten by no one